Rheumatoid arthritis (RA) is characterised by painful, swollen joints, movement restriction and progressing joint destruction. 0.5 to 1 % of the worldwide population is affected, women approximately twice as often as men. Most new cases are diagnosed in women between 55 and 64 years and in men between 65 and 75 years. A large share of RA patients (approx. 70 %) produce autoantibodies against citrullinated peptides (ACPA). Consequently, immune complexes are formed and the inflammation of the joints proceeds.

Autoantibodies in RA appear on average 3 to 5 years, sometimes even 15 years before the first joint complaints. The most important autoantibodies in preclinical RA are rheumatoid factors (RF) and ACPA and those directed against Sa (citrullinated vimentin) and citrullinated enolase peptide 1 (CEP-1). For the detection of ACPA, mainly cyclic citrullinated peptides (CCP) are used as target antigens. ACPA are specific for RA and indicators of a severe, erosive destructive course. During the shift from the undifferentiated arthritis phase towards RA, ACPA levels increase and remain high. ACPA have a high predictive value for the development of RA. Their detection supports the early recognition of the disease.

Since 2010, ACPA determination has been a component of the RA classification criteria of the American College of Rheumatology (ACR) and the European League Against Rheumatism (EULAR). ACPA are determined in parallel to rheumatoid factors. According to the scoring system of the ACR-/EULAR classification, a high ACPA or RF titer is more relevant for the diagnosis of RA than a lower titer. Laboratory findings such as increased erythrocyte sedimentation rate, increased C-reactive protein and the detection of RF and / or ACPA are indicative of RA.

With ELISA and ChLIA, two different test systems are available for the determination of autoantibodies against CCP. For the detection of ACPA, the CCP antigen of the 2nd generation (CCP 2) is considered the gold standard. Test systems based on this antigen provide the highest sensitivity (80 %, with a specificity of 98 %). Antibodies against CCP are mainly IgG class antibodies and are more specific than RF, with a similar sensitivity. Anti-CCP antibodies are found in up to 60 % of RF-negative patients.

CEP-1 is a further relevant autoantigen which is present in approx. 60 % of the anti-CCP positive RA patients. The detection of antibodies against CEP-1 is highly specific for RA (specificity: 97.6 %) and therefore suited as a supplementary test for confirmation of serological findings. Moreover, the detection of anti-CEP-1 supports the risk stratification: Anti-CEP-1 antibodies are associated with an erosive disease course and with interstitial lung diseases (Alunno et al. 2018). Furthermore, anti-CEP-1 antibodies occur with a subtype of RA in which smoking and the HLA-DRB1 “shared epitope” alleles represent the main risk factors (Mahdi et al. 2009). Since anti-CEP-1 antibodies are directed against a target antigen which actually occurs in RA, their detection can provide insight into the cause and the pathogenesis of the disease. 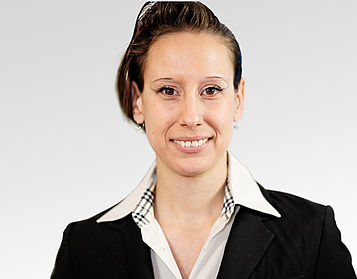