Dermatomycoses are infections of the skin, hair and nails, which are caused in most cases by dermatophytes, and in rarer cases by yeasts and moulds. Fungal infections of the skin are the most frequently occurring infectious diseases, with a worldwide prevalence of 20% to 25% and high and growing relapse rates.

Dermatophytes are divided into anthropophilic, zoophilic and geophilic species, according to their transmission route and main occurrence. Anthropophilic dermatophytes prefer humans as the primary host, therefore transmission from person to person occurs particularly frequently. Around 70% of dermatomycoses in humans are caused by anthropophilic species. Zoophilic dermatophytes are transmitted by close contact particularly with pets. They often cause strong inflammatory reactions in humans. Geophilic dermatophytes cause disease less frequently in humans. Contact with e.g. Nannizzia gypseum can lead to infections on the hands and arms in gardeners or farm workers. Moulds and yeasts often cause opportunistic infections. They benefit from damage to the skin or nail caused by an existing dermatophyte infection.

Classical laboratory diagnostics of dermatomycoses usually encompasses microscopic detection of fungus and culture of the pathogen from clinical material. However, results from culture can generally only be evaluated after several weeks. Moreover, culture can be hindered or disrupted by antimycotic therapy started before the sampling. Especially in mixed infections, false diagnoses are often made based on culture methods, since slowly growing species are overgrown or overlooked.

The EUROArray Dermatomycosis is a very reliable, accurate and sensitive method for molecular genetic direct detection of dermatophytes, yeasts and moulds. The test combines a multiplex PCR with a microarray and is simple to perform – no in-depth molecular biology knowledge is required. In a single test which takes just three hours, the pathogen can be clearly identified –  a precondition to quickly determine the infection source and immediately start a targeted therapy. 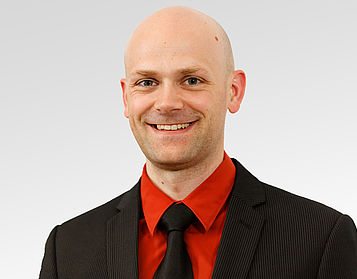 Discover EUROIMMUN's devices and software for the automation of molecular diagnostics