Type I diabetes mellitus (T1DM) is an autoimmune disease which is characterised by the destruction of the insulin-producing beta cells of the pancreatic islets of Langerhans. Genetic predisposition, as well as exogenous factors, e.g. viral infections, diet or obesity are considered to be the causative factors of the disease. Autoantibodies occurring with T1DM are called islet cell antibodies (ICA) and are directed against several antigens of the pancreatic islet cells. The most relevant antibodies are the 65-kDa isoform of the enzyme glutamic acid decarboxylase (GAD65), insulinoma-associated antigen 2 (IA2), zinc transporter 8 (ZnT8) and insulin.
The autoimmune reaction usually sets in years before the hyperglycaemic symptoms of T1DM. The destructive process, i.e. insulitis, is characterised by infiltrates from immune cells in the pancreatic islets. T1DM becomes manifest when the major part of beta cells has been destroyed and the blood sugar level is no longer regulated. This development mostly takes place during childhood or adolescence. T1DM is the most severe form of diabetes and leads to lifelong dependence on insulin injections. 5 to 10% of all diabetes cases are of type I. The worldwide incidence of T1DM increases by 3 to 5% each year. 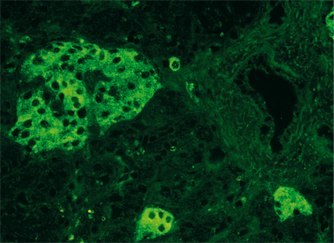 ICA are detected in 70 to 80% of newly diagnosed T1DM cases. The different antibodies of this group usually develop subsequently, not simultaneously. The development of ICA precedes manifest T1DM by months or even years. In 90% of patients, one or more ICA can be detected even before the onset of clinical symptoms. The higher the number of different ICA in one person, the higher is their risk of developing T1DM.
Autoantibodies against insulin (IAA) are often the first autoantibodies to occur in T1DM. They can be found in almost all prediabetic persons; their prevalence decreases with increasing age of the patients. IAA can be detected in 80% of patients under ten years and around 60% of patients between 10 and 20 years of age. Children under 5 years present the highest IAA titers.
Autoantibodies against GAD65 (GADA) can be found in around 70% of patients before onset of T1DM and in 70 to 90% of T1DM patients at the beginning of the disease. GADA are the most sensitive markers for T1DM occurring in the adult age, as well as for LADA (latent autoimmune diabetes in adulthood). LADA is present in 3 to 12% of patients with phenotypical type II diabetes mellitus which is characterised by insulin resistance and disturbed insulin secretion from the beta cells. 90% of LADA patients present GADA and most of them are positive for GADA already several years before the diagnosis.
Autoantibodies against IA2 can be found in 50 to 70% of children and adolescents and in 30 to 50% of adults with newly diagnosed T1DM. In around half of the patients, IA2A are detected even prior to the disease manifestation. IA2A are highly specific for T1DM.
Anti-ZnT8 antibodies are detectable in the serum of many children with prediabetes. They persist until manifestation of T1DM. The anti-ZnT8 level drops rapidly over the first years following disease onset. Anti-ZnT8 antibodies are also detected in nearly 25% of LADA patients. As with other autoantibodies, their presence can predict the transition to the insulin-dependent stage in LADA patients.
Combined determination of antibodies against GAD65, IA2, ZnT8 and insulin enables the identification of T1DM already at disease onset in 98% of cases. 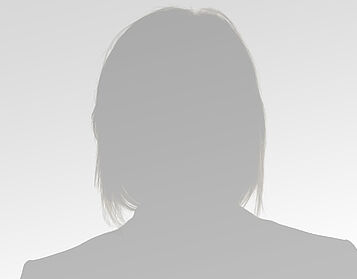